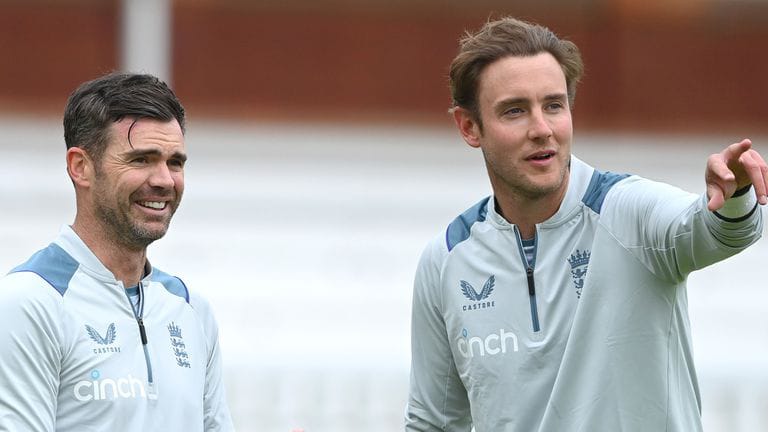 Roger Federer retired from the game of tennis, there was an outburst of emotion from around the world for one of the best in the game.

However,  Rafael Nadal, Federer's long-time opponent and teammate in his final professional match, was photographed sitting alongside to Federer after their defeat in the Laver Cup doubles match, with both the superstars in tears.

Meanwhile, the picture triggered strong emotions in people from many walks of life, England pacer Stuart Broad saw a lighter side to it, mocking his long-time bowling partner and friend, James Anderson. Who is in his 40s, shows no signs of slowing down or relenting in his ability to tease batsmen in Test cricket.

Broad took to Instagram stories to share the viral image of Federer and Nadal crying and wrote Me, when @jimmya9 retires in 2053.

In Another Story, He Shared A Picture Of Him With Anderson, Edited To Make Them Both Look Old. who’s Done That, He Wrote With A Laughing Emoji. still Trucking In 2060 By The Looks Of It, He Added, Again Tagging Anderson.