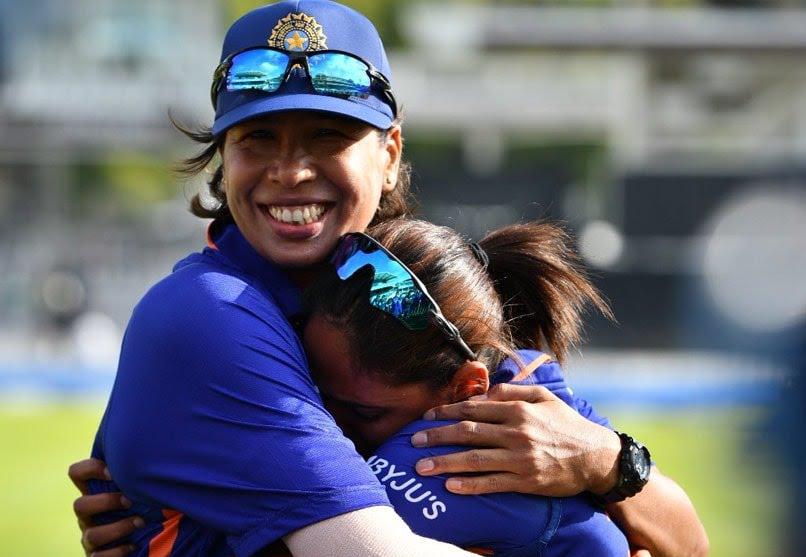 India pacer Jhulan Goswami is currently playing her last international match.  The 39-year-old right-arm fast bowler is playing her final international game in the third and last game of the series between India and England at the Lord’s Cricket Ground,

The legendary bowler would bring down the curtain on her career after playing 204 ODIs, 68 T20Is and 12 Tests. However, ahead of the start of the third and final match of the contest, India captain Harmanpreet Kaur was spotted crying before being hugged by Jhulan. The India Women’s team captain, couldn’t hide her emotions, and could be seen in tears.

Here is the video:

Harmanpreet Kaur also let Jhulan Goswami call the toss in her farewell game. Harmanpreet and Jhulan came for the toss together and stood alongside England captain Amy Jones. Jhulan Goswami made her international debut in an ODI in Chennai in 2002 against England. She remains the leading wicket-taker in women's ODIs with 253 scalps ahead of her 204th match.

She picked 353 international wickets, the most ever by a bowler in women's cricket. 253 of those came in ODIs which also stands as a record and 43 of those were in World Cups, a record again.