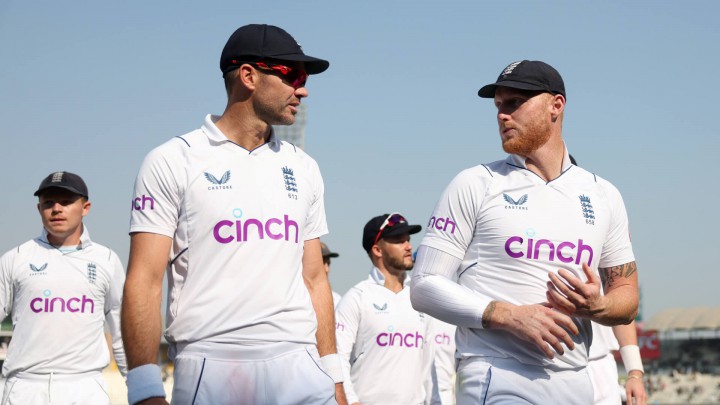 Less than a year after being surprisingly left off the tour of the West Indies, Anderson has reflected on his return to the England squad under Stokes and coach Brendon McCullum, who took over from Joe Root and Chris Silverwood last year.

The team has adopted an attacking mentality in that time, winning nine of their last 10 Test matches, and Anderson is looking forward to trying their new approach in the Ashes series later this year.

"It's exciting to be in this team. Whoever we play it's going to be fun, we're going to give it a good crack, and Australia in the summer could just be incredible,," he said.

"I can't see them doing anything but going toe-to-toe to be honest. I think they're going to fight fire with fire and that's going to make it so explosive and exciting.

"There is something wrong with you as a player if you didn't enjoy the way we're playing. It's constantly thinking and talking about the game in a positive way so, yes, it has reinvigorated me."

Anderson – who has played 177 Test matches, taking 675 wickets – also pointed to a moment that exhibited Stokes' leadership during the recent tour of Pakistan when the team was due to attend an audience with Prime Minister Shehbaz Sharif.

"He just went, 'the bowlers aren't going, they need to recover'. He's strong enough to do that,," the 40-year-old said.

"I've always had him down as a lead-by-example guy. But he is just incredible, the emotional intelligence around the group, managing the players. I didn't know he had this side to him."

On his own return to the fold, Anderson said: "There was definitely a moment when I thought that could be it. There was a bit of anger and disappointment [at being left out of the West Indies tour].

"I was just trying to make sense of it and not make any rash decisions.

"I'm not the complete bowler. I've not played the perfect game or bowled the perfect over. There are always things I think I can iron out. I want to be the best at everything I do; if I'm rubbish at something I'll just give it up.