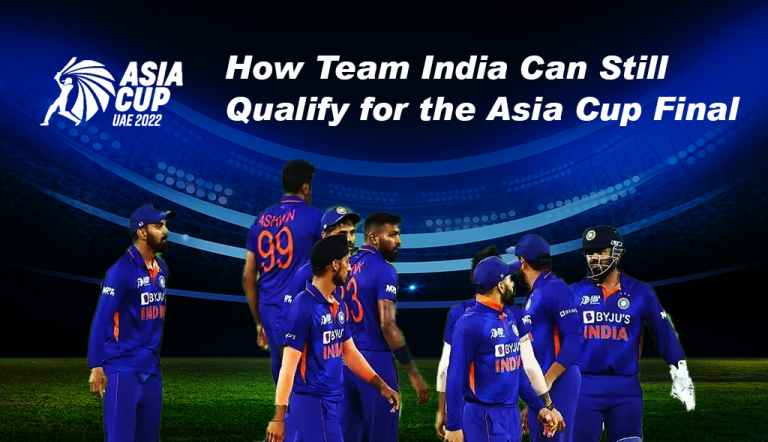 In the second game of the Super 4 round of Asia Cup, held on September 4 at Dubai International Stadium, India and Pakistan’s arch-rivals had a thrilling match that lived up to its reputation. The men in Green prevailed by five wickets after surviving an exciting conclusion. But if both teams make it to the championship game, there may be a third game of the highly anticipated match in the tournament.

Babar Azam’s team made amends for losing their tournament opener on August 28 by winning this dramatic game. Pakistan, one of the favorites to get to the finals, made significant progress in that direction during the Round Robin-style Super 4 stage.

However, things are not as simple for India as they now require two victories against Sri Lank and a resurgent Afghanistan after their devastating loss to Pakistan. With India winning both games with Sri Lanka and Afghanistan, while Sri Lanka defeats Pakistan, Afghanistan is eliminated. Rohit Sharma’s team will need to win both games handily as the NRR will come into effect.

Simplified – India will have four points if they defeat Sri Lanka and Afghanistan. In comparison, Sri Lanka would have four points if they defeated Pakistan as they already defeated Afghanistan on Saturday (September 3). If Pakistan defeats Sri Lanka and subsequently defeats Afghanistan, they will also have the same number of points, and the NRR issue will then become relevant in that situation. A total of four points are also possible for Afghanistan, but since they must play India, they can only do so by defeating the Men in Blue. And if men in Blue fall short of their expectations, they will be eliminated immediately.

With a close loss, India’s NRR is not suffering as much right now, while Sri Lanka has a higher NRR of 0.589. The NRR for Pakistan is 0.126, and the NRR for India is negative. India and Pakistan will play again on September 11 if India wins both of its games and Pakistan defeats Sri Lanka. However, team India will need to be ready to record significant victories if Sri Lanka can defeat the Men in Green.

India has a chance to squeak in and put up their hand for qualification to the final if they manage to win their next two games because either Sri Lanka or Pakistan can win all three games.

To know more about the latest cricket news on Asia Cup final matches or cricket updates, stay tuned with CBTF Speed News and CBTFMytube. CBTF is a well-known platform that provides free cricket betting tips for individuals who want to earn extra income.