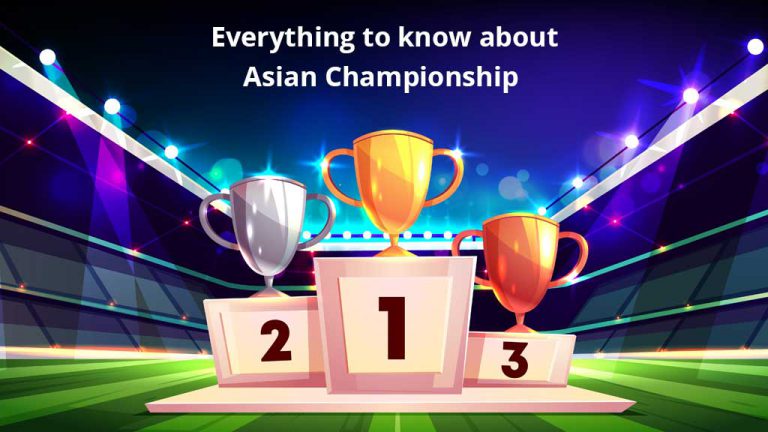 Cricket is one of the most admired sports that brings people together irrespective of age and caste. The win or loss in the game is temporary, but the love for cricket in the hearts of cricket enthusiasts is consistent.

Observing the queues of upcoming cricket matches, the Asian Cricket Council (ACC) is set to conduct the forthcoming cricket tournament to entertain their fans globally. The tournament is expected to be played from August to September 2022.

This article entails information about the Asia Cup 2022 format, participating teams, schedule, host & venue, and the previous blockbuster teams of the Asia Cup. To know the cricket news for India, let’s dive in.

The previous Asia Cup 2018 was conducted in a one-day international (ODI) format. Being held after 4 years after combating the Covid-19 issues, the Asia Cup is back in T20 format.

Winning the Asia Cup 2018, the fans expect India to win the 2022 title again and retain the nation’s dignity. In 2018, India bagged the title by defeating Bangladesh in the final match.

Out of the total Asia Cup Championships, India solely has won 7 titles while Sri Lanka and Pakistan account for 5 and 2, respectively.

Asia Cup 2022 will have the best cricket teams rivaling each other. A total of 6 teams will be part of this tournament. The confirmed squads include India, Sri Lanka, Pakistan, Bangladesh, and Afghanistan. Who will fill the 6th team spot among Hong Kong, Kuwait, UAE, and Singapore? Let’s wait for this top cricket news.

Host Country and the Venue of Asia Cup 2022

Asia Cup 2022 was supposed to be held in Sri Lanka, but the current economic crisis and the shortfall in the foreign currency have led the island nation to exhaust its resources. Consequently, the hosting responsibilities have been shifted to the UAE.

The Asia Championship Cup started in 1984, and different countries have won the championship since then. Let’s have a look at the spectacular team winning teams in Asia Cups:

If India wins the title of Asia Championship 2022, it will be blockbuster cricket news for India.

As an eminent sport, cricket has a different fan base globally. People of all ages admire their favorite sport and support their teams. Each cricket tournament excites cricket enthusiasts.

The news about the Asia Cup 2022 has been aired all around. So, who will bag the Asian Championship Trophy 2022? To get the latest updates about cricket, stay tuned with CBTF News and get update on your favourite team.