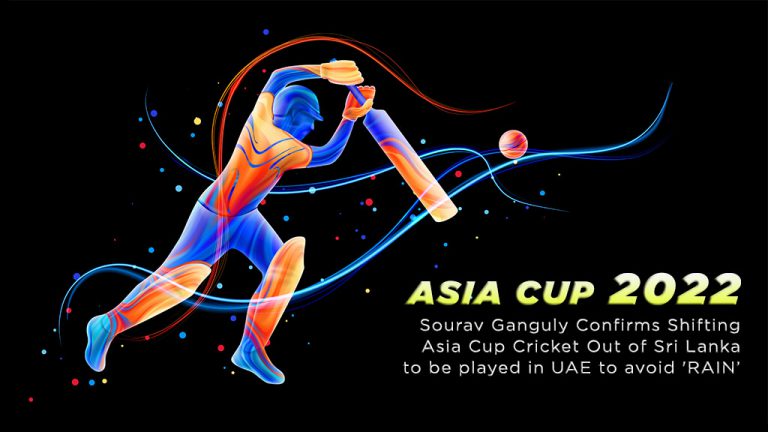 With the release of the Asia Cup 2022 schedule, the new host for the cricket tournament is confirmed. Initially, Sri Lanka was the hosting country for the upcoming cricket tournament. The president of the Board of Control for Cricket in India (BCCI), Sourav Ganguly, said, ‘Asia Cup will be in UAE, as it is the only place where there won’t be rain.’ This statement came from Ganguly to the reporters after the Board’s Apex Council Meeting.

Recently, Sri Lanka Cricket (SLC) informed the Asian Cricket Council (ACC) that they couldn’t hold them accountable for hosting the forthcoming Asia Cup event. The island nation’s political turmoil and economic crisis are the reason behind it.

SLC called the shots after they postponed the third edition of the Lanka Premier League (LPL) due to a crisis. According to the latest cricket news, the Asia Cup 2022 will commence from August 27 to September 11, 2022. Moreover, the most-awaited cricket tournament will be played in the T20 format.

Due to the ongoing political crisis in Sri Lanka, SLC delayed the third edition of LPL. This decision posed difficulties for the nation in hosting the Asia Cup, and the concerned authorities decided to shift the tournament to the UAE.

SLC conveyed that the crisis has shattered the nation with no remaining resources. Due to the spotlight on foreign exchange concerns, hosting the Asia Cup event is not a wise option for the country.

Earlier, UAE wasn’t the final decision to host the event. The authoritative council considered India but the Sri Lankan council had to talk with Emirates Cricket Board for the final approval to conduct the mega event.

As the Asia Cup 2022 is the most-awaited tournament, let’s look at the winners of Asia Cup titles.

Asia Cup was started in 1984, and since then, India has won 7 titles, Sri Lanka has 5, and Pakistan has won 2. Asia Cup 2022 will be conducted after a gap of 4 years. The covid-19 outbreak caused the global havoc that obstructed Asia Cup 2018.

Combating the Covid-19 issues and the tensions in Sri Lanka, the beginning of the Asia Cup 2022 in UAE is the biggest cricket news now.

The fans from the global network are waiting for the much-awaited and most loved tournament, Asia Cup 2022. Cricket latest news has revealed the schedule and the confirmed host for the forthcoming cricket tournament.