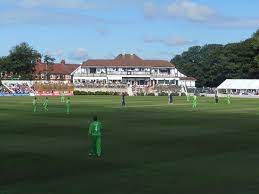 Blackpool Cricket Club is a cricket club based in Stanley Park, in Blackpool, Lancashire. Located in western quadrant of the park, the club plays at a 5,000-seater ground, which is regularly used for county cricket matches by Lancashire.

The club's 1st and 2nd XI play in the ECB Northern Premier League while its 3rd XI and Sunday Development XI turn out in the Palace Shield, and its 4th XI in the Fylde League. Its players include first-class cricketer Steven Croft.

This ground is a batting supportble ground in both innings. 1 matches which playing in this ground and this is high scoring match. Bowler not getting too much help from this pitch. Batsman enjoy their batting in this ground.

In this ground 1 blast matches played and this match won by batting second team. if any team won the toss here than they decided to bowl first because this is chasing ground

Here are last 1 BLAST matches average scores of both Innings at HOVE ground: