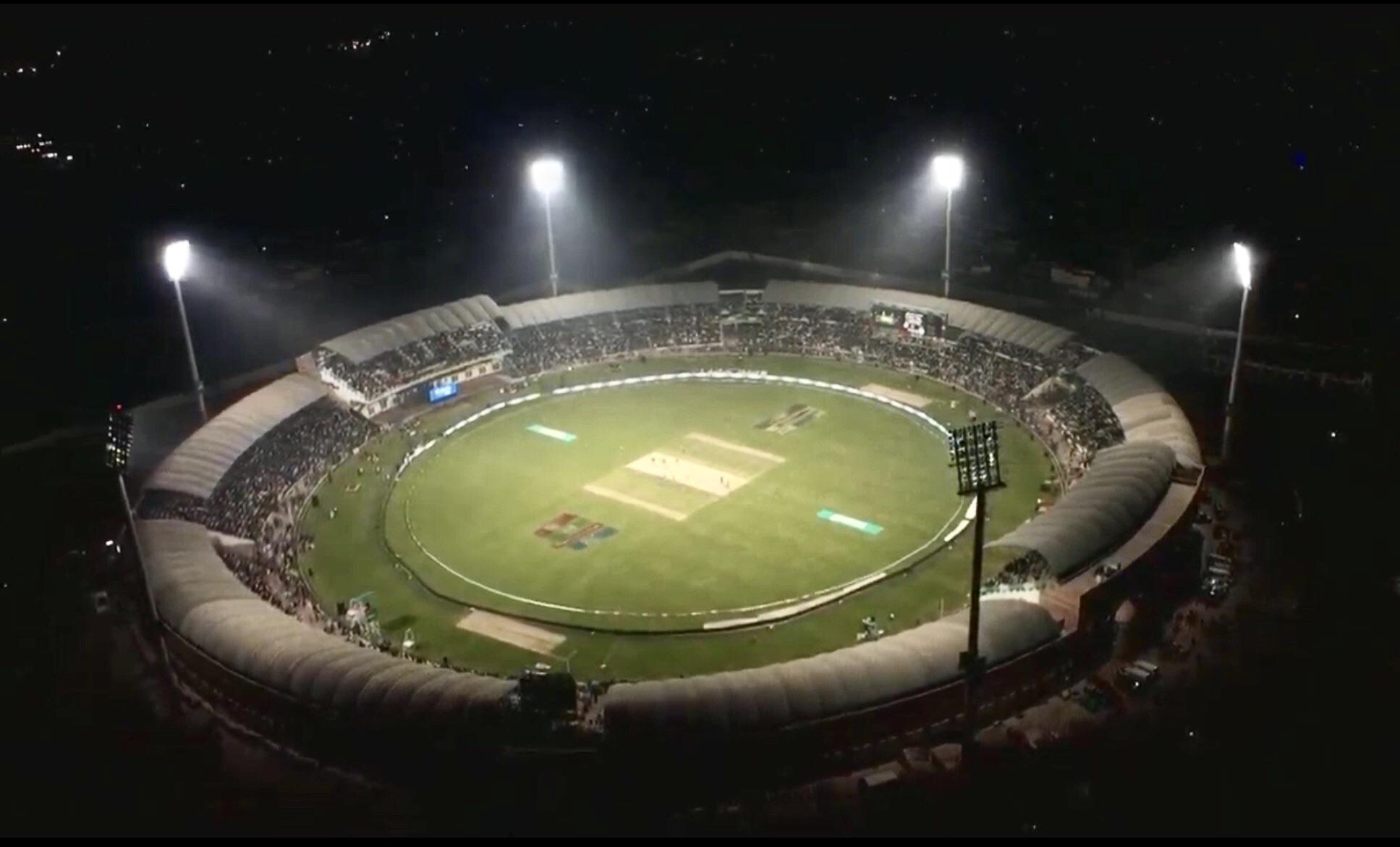 Multan Cricket Stadium is a multi-purpose stadium in Multan,  Punjab, Pakistan, owned by the Pakistan Cricket Board. The stadium is located off Vehari Road, in the suburbs of Multan. It has a capacity of 39,000. It hosted its first test match in 2001, Pakistan against Bangladesh for the Asian Test Championship. The stadium hosts both forms of international cricket, Test cricket and One Day International. The ground was inaugurated in 2001 as a replacement for the Ibn-e-Qasim Bagh Stadium located in the heart of Multan. Floodlights were recently installed to make day/night cricket matches possible. The first day/night game played at this ground was between arch-rivals India and Pakistan.

It is a balanced surface at Multan, and the bowlers, as well as batters, will have equal chances of doing well for their respective teams. A total of 250 will be the par score on this venue, and the spinners will be the lethal weapon to take wickets. On most occasions, the team chasing down the score has won the game on this ground.

The pitch at this venue is balanced and usually offers equal assistance to the batsmen and the bowlers. games that have been played here. It will not be a surprise if the captains who win the toss in Karachi choose to field first.