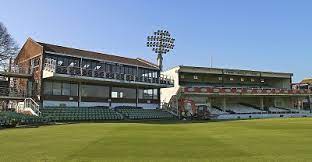 The St Lawrence Ground is a cricket ground in Canterbury, Kent. It is the home ground of Kent County Cricket Club and since 2013 has been known as The Spitfire Ground, St Lawrence, due to commercial sponsorship. It is one of the oldest grounds on which first-class cricket is played, having been in use since 1847, and is the venue for Canterbury Cricket Week, the oldest cricket festival in the world. It is one of the two grounds used regularly for first-class cricket that have had a tree, the St Lawrence Lime, within the boundary.

In this ground 22 blast matches played in which 15 matches won by batting team and 7 matches won by chasing team,. If any team won the toss here than they decided to bat first.