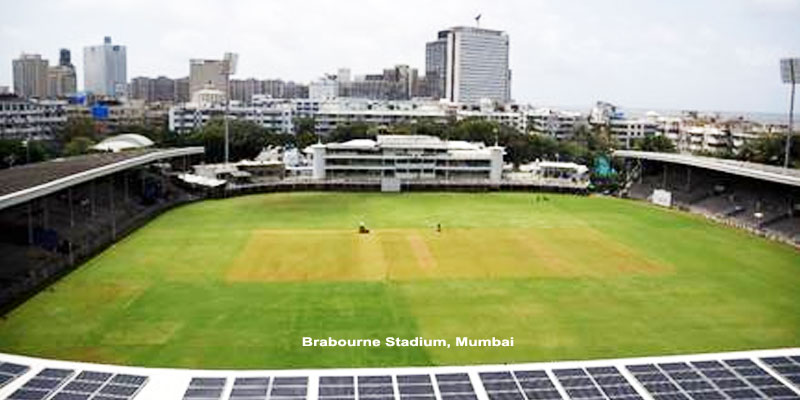 The Brabourne Stadium is a cricket ground in the Indian city of Mumbai, which was the home ground of IPL franchise Mumbai Indians. The ground is owned by the Cricket Club of India (CCI). The North Stand of the Brabourne housed the Board of Control for Cricket in India (BCCI) headquarters and the 1983 Cricket World Cup trophy until 2006 when both were moved to the newly built Cricket Centre at the nearby Wankhede Stadium.

The pitch usually plays well throughout and is considered good for batting. From time to time, the pitch offers some slow turn as well. In 2010, Mumbai Indians turned the Brabourne Stadium into a fortress of sorts, winning 6 of their 7 home games here. In the 2014 eliminator, Mumbai Indians made 173 in their innings and Chennai Super Kings chased it down easily in the 19th over, with 7 wickets in hand.

The Brabourne stadium in Mumbai used to produce wickets that helped the seam bowlers in ODI matches. This venue has hosted only one List A game in the last four years – the one between India and England XI. The game produced 300+ totals with the chasing team winning comfortably. There was some help for the pacers at the start of the game similar to what was seen during the IPL games in this period. Expect a similar track in the venue’s International comeback. In this ground 1 matches played which was won by first batting team.

In last 10 years only 4 IPL matches has been played in this ground out of which 3 matches are won by team batting first  and only match won by team batting second.
According to these, in last 4 IPL matches both innings average score at BRABOURNE stadium are more or less very close to each other, we can say that there is no such difference because all the last 4 matches were very close. In this ground the team winning the toss generally decides to bat first.  Brabourne stadium is a high scoring ground.