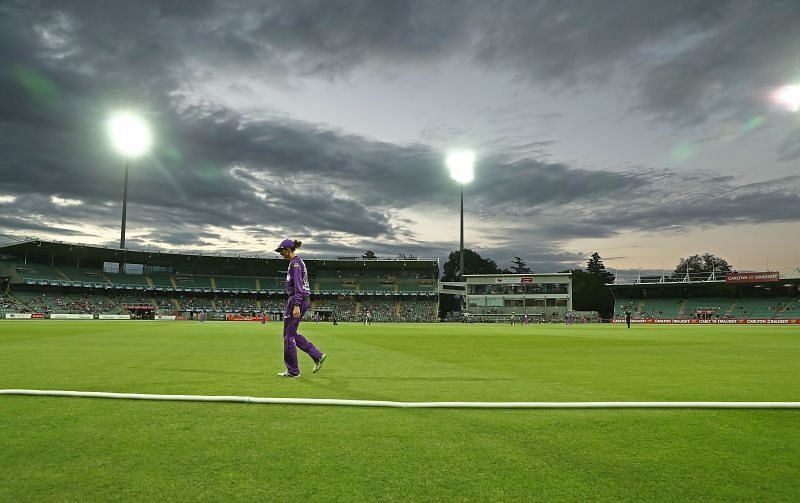 York Park is a sports ground in the Inveresk and York Park Precinct, Launceston, Australia. Holding 19,500 people - the largest capacity stadium in Tasmania -York Park is known commercially as University of Tasmania Stadium[2] and was formerly known as Aurora Stadium under a previous naming rights agreement signed with Aurora Energy in 2004.

The pitch at Aurora Stadium assisted the batsmen and the fast bowlers. The cricket universe should expect an equal contest between bat and ball in Launceston.

The Hobart Hurricanes played a couple of home matches in Launceston last year. The home team edged the Melbourne Stars by D/L method in the first game, while the Adelaide Strikers defeated the Hurricanes by 10 runs in the second fixture. This is chasing ground. The pitch at Aurora Stadium assisted the batsmen and the fast bowlers. In the match between the Strikers and the Hurricanes, Travis Head and David Miller registered half-centuries. While Wes Agar took a four-wicket haul for Adelaide.