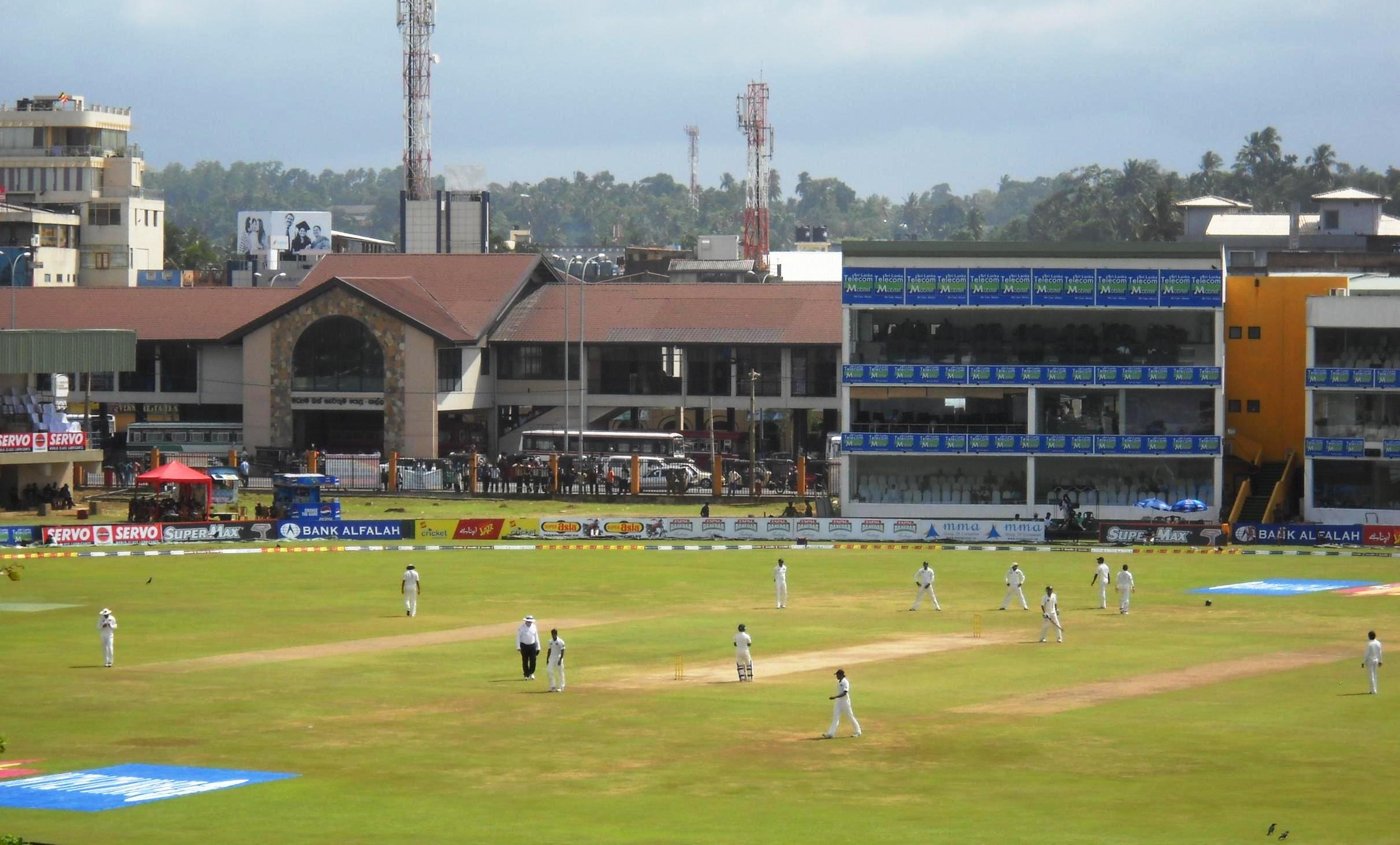 Galle International Stadium is a cricket stadium in the city of Galle, Sri Lanka,  situated near the Fort of Galle and fringed on two sides by the Indian Ocean. It is considered to be one of the most picturesque cricket grounds in the world. Before being brought up to international cricket standards, it was known as ‘The Esplanade’, and is the home ground of the Galle Cricket Club. This Stadium is identified as one of the luckiest venues for the Sri Lankan national cricket team. GALLE INTERNATIONAL STADIUM is a 35,000 capacity.

The ground conditions generally favours spin bowling, and as such is considered favourable to the Sri Lankan side which has several good spin bowlers and also a batting line up that is good at playing against spin bowling. This idea is supported by the fact that Sri Lanka has won 12 of the 23 Test matches that have been held at the stadium. The ground is adjacent to a Dutch built fort and is bordered by the sea on two sides.The ground covers an area of 4.216 hectares, the distance from the wicket to the boundary being 75 yards and blue grass is used on the turf. The stadium includes three indoor practice nets and four outdoor nets.

The pitches in Sri Lanka have generally assisted the spin bowlers. The wicket at the Galle International Stadium is no different.The Galle surface is traditionally spin friendly but the weather in the build up to the Test has apparently left everyone uncertain exactly how it will play. Conventional wisdom tends towards big turn though. Teams winning the toss here generally bat first

So far, there have been 17 test matches in this ground in last 10 years in which 1 match was drawn and 10 matches won by batting first In the 1st innings here the batsmen score a lot of runs but after the 2nd innings it becomes difficult to score runs in this pitch. The spinner bowler gets a lot of help from this pitch as compared to the fast bowler.