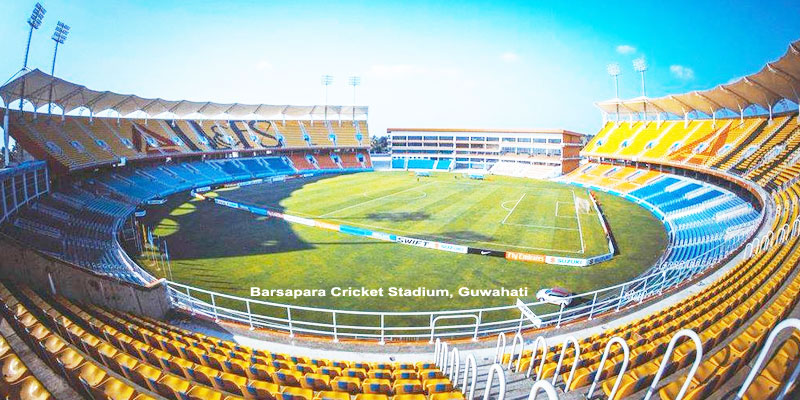 Barsapara Cricket Stadium, also known as Assam Cricket Association Stadium or Bhupen Hazarika Stadium, is a cricket stadium in Barsapara, Guwahati, Assam, India. The entire stadium project's cost over Rs 2300 crores . It was inaugurated by Assam CM Sarbananda Sonowal on 10 October 2017. The Cricket Stadium is India's 49th international cricket venue. First International cricket match played here was between India and Australia T20I. It is a new stadium, it hosts domestic and international cricket matches. In 2010, Assam Cricket Association changed the stadium's name in respects to the Dr. Bhupen Hazarika. It is the largest sports stadium in Northeast India.

The pitch in Barsapara Cricket Stadium tends to be a batting-friendly surface. The last match hosted here proved to be the beneficial for the batsman, the pitch provides much help to the batsman to go big in the last overs so here the batsman tries to wait in middle overs to go big at the time of execution. The pitch is not yet helpful to the bowlers who always find it hard to execute there respective plans. Moreover the pitch has not witnessed so many matches in the last 10 years.

The ground has dry pitch with grass but as per the last result it is assumed that the batsman find it easy to bat in this pitch. In the last 10 years just one match is hosted at these venue which was on 2018 between India and West Indies where the home team India won by 8 wickets.

Here is the last ODI match average scores of both Innings at Barsapara Cricket Ground:

Here is the last T20I matches average scores of both Innings at Barsapara Cricket Ground: