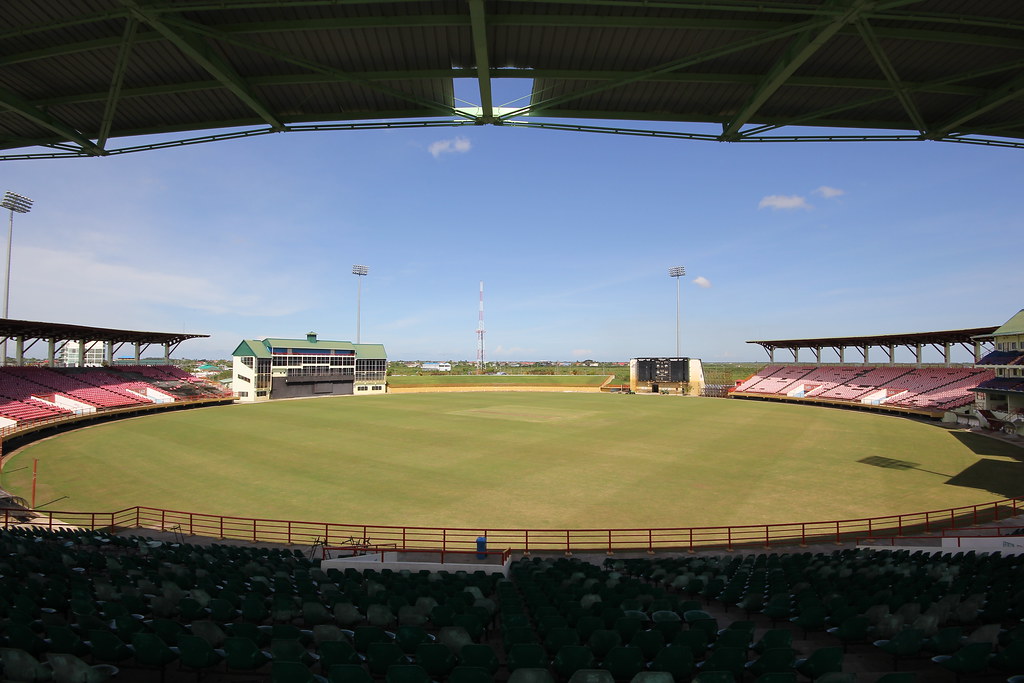 The Providence Stadium or Guyana National Stadium is a sports stadium in Guyana, replacing Bourda as the national stadium. The stadium was built specifically to host Super Eight matches in the 2007 Cricket World Cup held in March and April 2007.

The stadium hosted six World Cup matches between March 28, 2007 and April 9, 2007, most notably the match between Sri Lanka and South Africa in which Sri Lankan fast bowler Lasith Malinga became the first bowler in international cricket history to take four wickets in four consecutive balls. Built primarily for cricket matches, the stadium can be converted into a multi-use facility.

The pitch is likely to be a good batting track and the outfield lightning fast. it should be a better pitch for batting and assist the bowling with the outfield depending on the weather. The track which was visibly seen with some amount of grass on it. The pitch at the Providence Stadium usually offers more help to batters than bowlers, as the ball comes nicely onto the willow. Spinners will likely come into the game in the second innings, and the wicket might slow down as the game progresses. Anything above 240 runs could be a par score.

The pitch in Guyana doesn’t offer much help to batters, especially in the shortest format. The average score in ODI here is under 270 in five matches. A similar trend is expected to be continued in the upcoming fixture.

The pitch at the Providence Stadium in Guyana is on the slower side. There is a significant turn on the surface and it will assist the spinners from both sides. The pitch slows a bit as the day progresses and fans might see bowlers using a lot of slower balls.

Out of the 47 matches played in the Providence Stadium, 19 have won by the team batting first whereas the team batting 2nd have won 25 and 3 match was cancelled without a bowl being bowled. The T20 Records of the Providence Stadium Guyana suggest that the teams batting first usually have a tough time here. Hence, any captain after winning the toss must look forward to batting second here. The pitch here generally is easier to bat on in the early phases of the match.