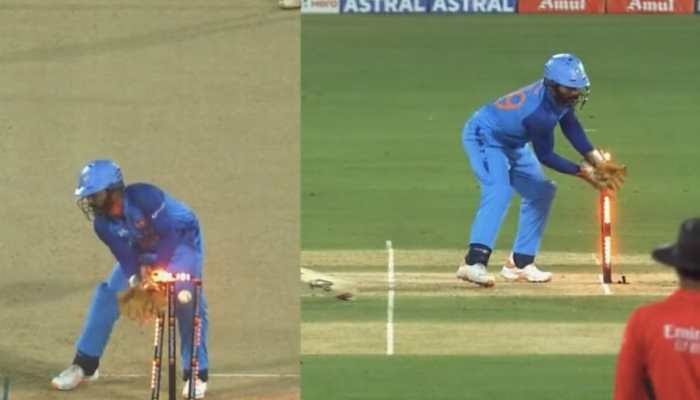 India wicket-keeper Dinesh Karthik made an enormous blunder in third T20I against Australia at the Rajiv Gandhi Worldwide Stadium.

Dinesh Karthik was seen disappointed with himself. As he collecting a perfect throw by Axar Patel hit stumps with his hand. However, the ball went on to hit the stumps anyway. DK dislodged only one bail before the ball hit the stumps. The other bail was dislodged after the ball had hit the stumps. Thus umpire gave Maxwell out which was a big shock for everyone on the field.

After checking the side-on angles, the umpire checked the back camera. Meanwhile, Rohit Sharma was seen kissing DK's helmet after the wicket.  However, everyone on the ground was expecting the third umpire to call it not-out. But the third-umpire had other plans.