Rohit Sharma hugs Dinesh Karthik out of joy as wicketkeeper finishes off 2nd T20I in style
Posted on September 24, 2022 by cbtfhome 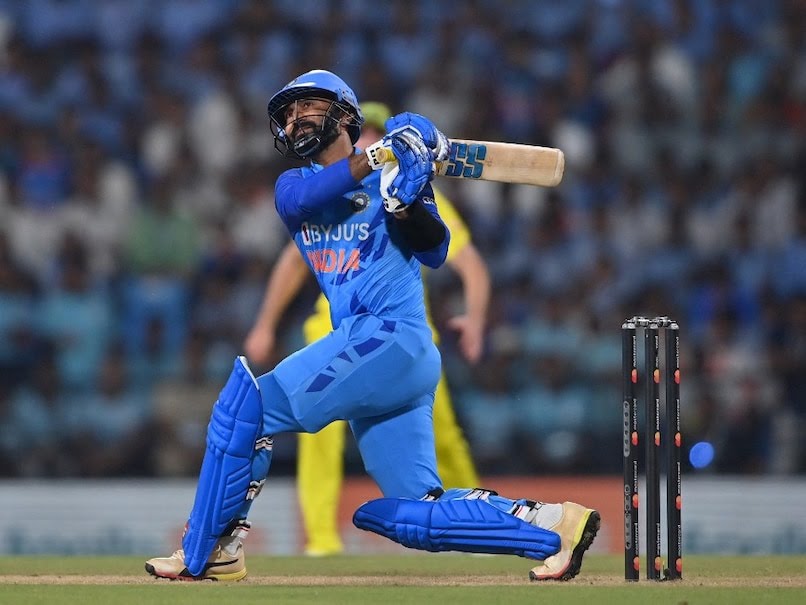 India levelled the three-match T20I series against Australia with a six-wicket in a 8 overs per-side clash at Nagpur.  It was a rain-curtailed game due to wet outfield. The start was delayed and thus the match was reduced to 8-overs-a-side.

India's chase was led by Rohit himself as he smashed an unbeaten 46 in 20 balls, while KL Rahul (10), Virat Kohli (11), Hardik Pandya (9) contributed some quick runs from the other end. Notably, 9 were needed off the final over.  Dinesh Karthik finished the game in style for India, as he smashed a six and a four in the first two deliveries of the final over to take the hosts to victory.

After the match, Karthik also spoke about his role as a finisher and said that he has been practicing for a long time for this role. Look, I have been practicing over a period of time for this, and I have been doing it for RCB and I am happy doing it here. It is a consistent routine over a period of time. When I get off time, I get a lot of scenario practice. Vikram Rathour and Rahul Dravid have also been accommodating of how I want to practice, and what shots I want to practice, Karthik said.

Rohit Sharma played brilliantly. To play such shots against the new ball, against top-class new ball bowlers, is not easy. It shows why Rohit is such a big player in world cricket, not only Indian cricket. His ability to play against fast-bowling is second to none and that is what makes him truly special, Rohit Sharma  added.