Rohit seeks 'fearless' attitude from India against Kiwis
Posted on January 17, 2023 by cbtfhome 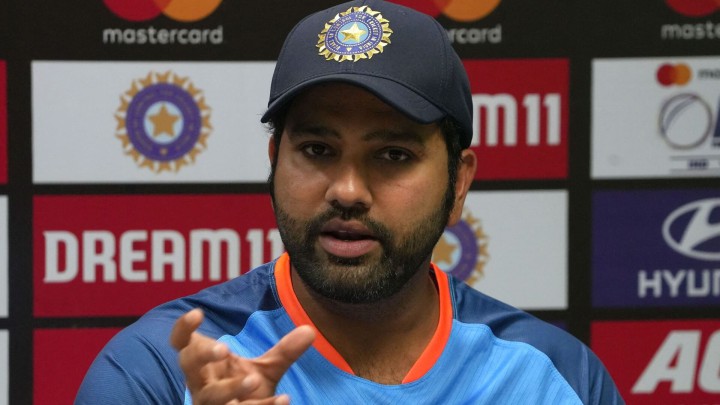 Rohit Sharma has urged India to focus on themselves rather than top-ranked New Zealand ahead of another ODI series against the Black Caps.

The first of three matches takes place on Wednesday at the Rajiv Gandhi International Stadium in Hyderabad, with India coming off a 3-0 series victory over Sri Lanka, and New Zealand having just earned a 2-1 success against Pakistan.

India contested a weather-spoiled series in New Zealand in November, with only one of three matches producing a result and the home side taking a 1-0 win.

Now they will hope for three full contests, with New Zealand having to cope without the rested Kane Williamson and Tim Southee, while Trent Boult is unavailable due to T20 commitments in the United Arab Emirates.

India suffered a blow on the eve of the opening match as batter Shreyas Iyer was ruled out of the series with a back injury. Rajat Patidar was named as his replacement in the squad, while Rohit announced Ishan Kishan would come into the middle order.

KL Rahul is another notable absentee, with his wedding to Bollywood star Athiya Shetty widely reported as being scheduled for the coming days.

Captain Rohit said: "New Zealand are a very good team. They're coming off a good series against Pakistan and obviously they're playing good cricket, so it will be challenging for us to come out and execute what we want to execute.

"We just want to continue from where we left off against Sri Lanka.

India's series sweep against Sri Lanka was completed with a record 317-run victory on Sunday in the third game, after posting 390 and bowling out their tourists for 73.

Now they take on the team who sit at the top of the ICC rankings for the 50-over format, with the Hyderabad match followed by games in Raipur and Indore, prior to a three-game T20I series.

Good omens for the hosts

India have won their last two men's ODIs against New Zealand at home, as many as they had won across their five previous such fixtures (W2, L3).

They have also triumphed in their last three men's ODIs at the Hyderabad venue.

Landmark in sight for Gill

Shubman Gill is 106 away from reaching 1,000 runs for India in ODIs. Should he achieve the milestone with a century in this match, his 19th ODI, it would make him the joint-second fastest man to reach the mark, alongside Pakistan's Imam-ul-Haq.

Gill made 116 last time out, in the third ODI romp against Sri Lanka.