Bangladesh have accused Team India of fake fielding during their T20 World Cup
Posted on November 3, 2022 by cbtfhome 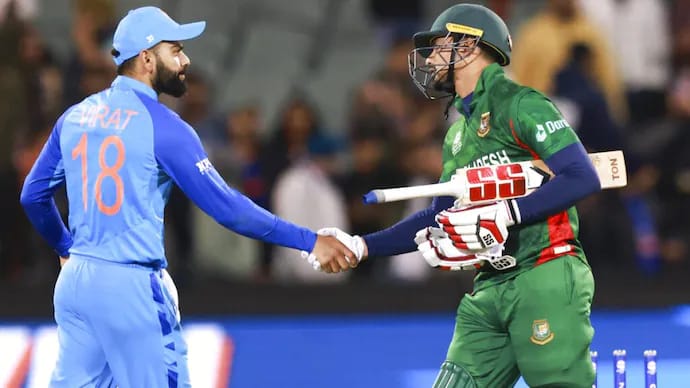 India and Bangladesh played a humdinger of a clash in the Super 12 round of the T20 World Cup on Wednesday. Kohli was adjudged the ‘Player of the Match’ for his brilliant 64 not out off 44 balls – his third fifty of the tournament – but it was his act on the field which is drawing plenty of attention on social media.

Bangladesh wicketkeeper-batter Nurul Hasan has claimed that the on-field umpires missed an incident of ‘fake fielding’ from Kohli, which could have resulted in five crucial penalty runs for Bangladesh. During the 7th over, a throw from Arshdeep Singh directly reached wicketkeeper Dinesh Karthik.

Virat Kohli, who was at the point region, acted like he had grabbed the ball and was throwing it towards the non-striker's end. Neither the umpires nor the Bangladesh players noticed it.

After the match, Hasan said at the post-match presser, Certainly, the field was wet and it had an impact and everyone saw that and eventually, what I felt is that when we were talking there was a fake throw and it could have been a five-run penalty and that could have gone our way, but unfortunately, even that didn't come.