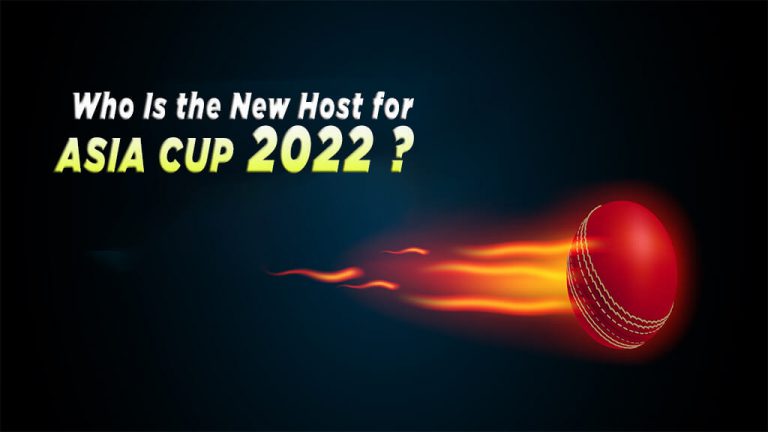 With the release of the Asia Cup 2022 schedule, the Asian Cricket Council (ACC) has confirmed the new host for the tournament. Since 1984, the Asia Cup cricket tournament has been admired globally, and this is one of the major sports that people of all walks of life enjoy with their friends and family.

The Asia Cup will commence from August 27 to September 11, 2022. In 2018, India won the ‘winner’ title in Asia Cup. Cricket enthusiasts expect team India to retain the winning legacy in Asia Cup.

According to the latest cricketing news, the United Arab Emirates (UAE) is the new host for the forthcoming cricket tournament. Let’s unveil why the host for Asia Cup 2022 changed.

Asia Cup 2022: Host Changed As Per Cricket News for India

Statements Made for the Asia Cup 2022

The Asian Cricket Council (ACC) President Jay Shah stated that ‘every effort was made to host the Asia Cup in Sri Lanka, and the decision to shift the venue to the UAE was taken after much deliberation. The UAE will be the new venue while Sri Lanka will continue to retain the hosting rights.’

He added that the 15th edition of the Asia Cup is crucial as it will help Asian nations prepare for the ICC World Cup. Moreover, he thanked the SLC and the Emirates Cricket Board for offering their cooperation in conducting upcoming cricket matches.

The respective authorities found calling the shots to ascertain the UAE as a new host very difficult.

Being played after a gap of 4 years, India has won the most 7 Asia cup titles. The Asia Cup 2018 was played in the T20 format, and the same format will be followed in the upcoming Asia Cup. In this tournament, India, Pakistan, Sri Lanka, Afghanistan, and Bangladesh are the confirmed teams participating, while the UAE, Kuwait, Singapore, and Hong Kong can fill the 6th spot.

Asia Cup 2022 is just around the corner, and the long wait for the upcoming tournament is over for cricket lovers. The latest cricketing news confirmed that the UAE is the new host for the upcoming Asia Cup, while Sri Lanka retained the hosting rights.

The ongoing crisis stole the hosting opportunity from the island nation, Sri Lanka. Irrespective of the changes in ACC’s decision to host the cricket tournament, the fans are zesty enough to support their favorite teams and players.

Stay connected with us for the latest cricket news for India.