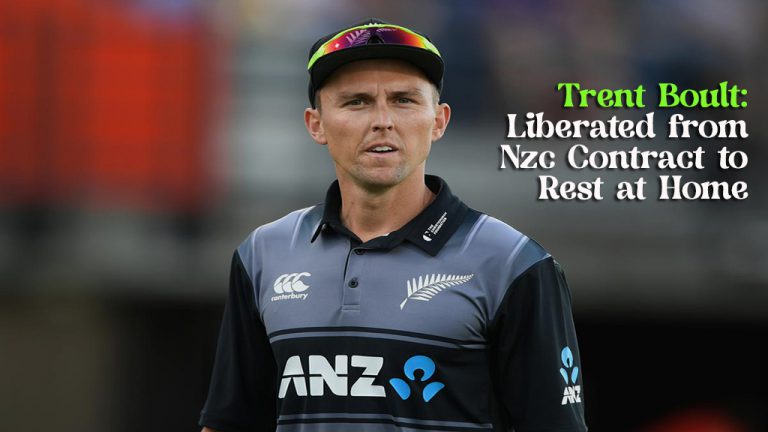 The New Zealand pacer is no longer liable to play within the NZ boundaries, officially announced on Wednesday. The authorities agreed on the decision to release him from the central NZC contract upon the request put up by Trent Boult after several discussions by the cricket board.

Breaking off the contract boundaries, Boult will likely spend time with his family and give time to the domestic matches.

As per an official statement from NZC in the latest cricket news airing around, “the change means Boult, who has taken 317 wickets, 169 ODI wickets, and 62 T20I wickets, will have a drastically reduced involvement with the BLACKCAPS during his final years in the game, while still being eligible for selection if and when available.”

Boult stated in the NZC statement that the decision was tough for him and that playing for the nation was his childhood dream. He felt proud of his contribution and achievements to the New Zealand team.

Furthermore, he added that he is well aware of the consequences of his choices, and it might impact the selection process.

“I still have a strong desire to represent my country, and I believe I am capable of doing so on a global level. But I understand that not having a national contract will reduce my selection chances,” Boult stated.

I realize I have a finite career span, and I feel the time is perfect for moving into this next chapter.”

Making his Test debut in late 2011, Trent impacted the Balck Caps and has current recognition for being one of the top cricketers in the world across all three cricket formats. Though he will be available for the domestic cricket matches, he would have a preference for the NZ squad.

The release of Trent Boult from the NZC contract is today’s latest cricket news. For more informative cricket news and updates, keep exploring our cricket blogs.