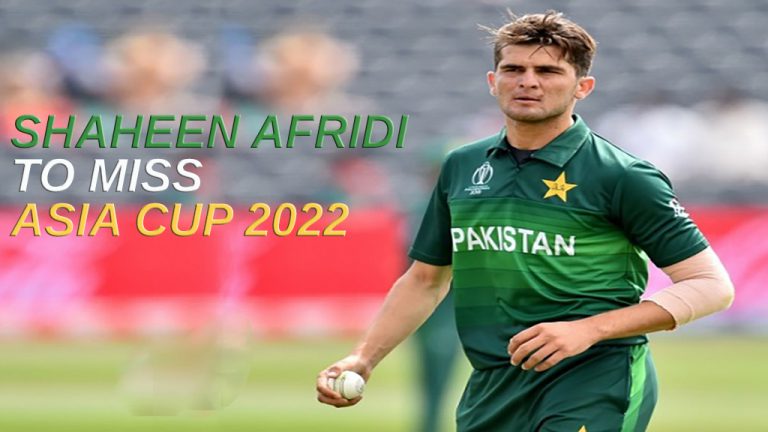 Pakistan would compete in the Asia cup 2022 without its star pacer Shaheen Afridi. This has been confirmed by the statement of the PCB (Pakistan Cricket Board) spokesperson. As per their statement, he will not be able to play due to fitness issues.

It has been pointed out that the fast bowler is supposed to remain on bed rest for 4-6 weeks. The experts and specialists of the PCB Medical Advisory Committee have examined the reports and scans, and they have concluded the same.

Afridi, who will not play in the Asia Cup, is supposed to return in October and will play for Pakistan against New Zealand in the T-20 tri-series. He is also supposed to play in ICC Men’s T20 World Cup Australia 2022.

The player got an injury in the knee ligament while fielding. This happened during the first Test match of Pakistan against Sri Lanka in Galle.

Dr. Najeebullah Soomro, Chief Medical Officer of PCB, expressed his opinion by saying, “I have spoken with Shaheen, and he is understandably upset with the news, but he is a brave young man who has vowed to come back strongly to serve his country and team.PCB’s Sports & Exercise Medicine Department will work closely with the player over the coming weeks to ensure his safe return to competitive cricket.”

He further pointed out that in the present condition, if Afridi plays, it will be catastrophic, and to regain his health, the player needs to rest. With the rest only, he will regain his strength and will be able to play in October.

Shaheen Afridi is in rehabilitation and undergoing treatment; he will stay with the squad. He is supposed to be replaced at the moment, and the player who will play in his place is yet to be announced.

In the T20 Worldcup of 2021, Shaheen Afridi played an essential role in providing victory to Pakistan. Afridi played a great game by taking three wickets, and the batsmen of team India could only take 31 runs against his balls.

To get the latest cricket updates and cricket news, stay tuned with CBTF Speed News!