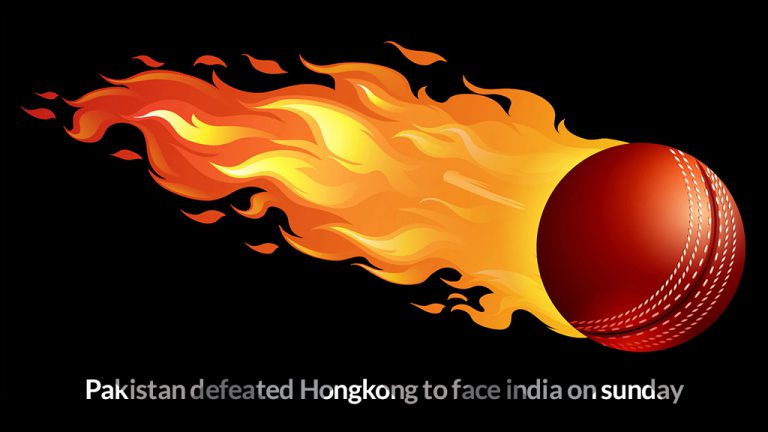 Pakistan has convincingly booked the spot in the Super 4 stage of the Asia Cup 2022. After their 5-wicket defeat against India on Wednesday, Pakistan prepared themselves to thrash Hong Kong. They gave a remarkable performance in today’s match and won by a massive margin of 155 runs. Now, they will face the Men in Blue again on Sunday, September 4, 2022, to book a place in the finals.

Hong Kong got all out for 38 against Pakistan, their lowest T20I total to date. The newcomer got blown away by the pace while the spin was doing its magic. It’s Pakistan’s most significant victory in the T20I, and many records got shattered today along with it.

In today’s knockout match, Hong Kong captain Nizakat Khan won the toss and chose to field. He said the low and slow surface conditions in Sharjah could favor them because the conditions are identical to their home ground. Moreover, he believed the spinners could do wonders for Hong Kong in the knockout match.

Hong Kong didn’t make much change in the strategy that they opted for against India. Team India struggled in the initial overs until Surya Kumar Yadav carried the team to a formidable score.

Talking about the changes in the team, none of them made any changes in their batting lineup. The second inning was wrapped up in just 64 balls after Pakistan scored 193 in the first inning. From Pakistan’s side, Rizwan and Zaman performed well with a remarkable partnership to set the stage for bowlers to put the correct pressure on the batters of Hong Kong. The opposition couldn’t handle the pressure and surrendered against the skillful bowlers of Pakistan.

As Pakistan won the match, it has now progressed to the next round, where the top four teams have to play a round-robin league that would end up with two finalists. Earlier today, India, Afghanistan, and Sri Lanka made it to the Super 4 stage, and now, Pakistan has joined them.