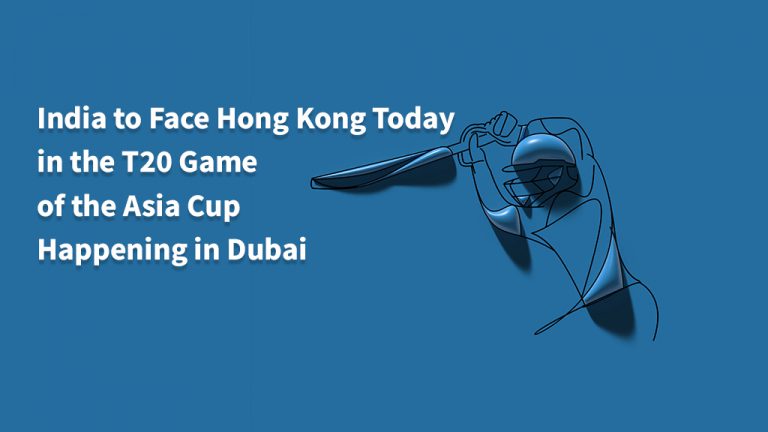 Four years ago, in the ODI match with India, Hong Kong came within 26 runs of defeating this giant cricket-enthusiast nation. Today the team plays with an almost similar group of players at the same Dubai International Stadium. Hong Kong will expect a different result in this match than in the ODI played before.

It is just a wait-and-watch situation. At the moment, nothing can be concluded. Whether history repeats or the match opens more exciting possibilities for Hong Kong, it will be clear after the match.

Hong Kong has improved significantly, considering it is ahead of the UAE and Kuwait in the Asia Cup Qualifiers. The team may surprise everyone with its performance in the match against India. Hong Kong is winning games because of Ehsan Khan, Mohammad Ghazanfar, and Yasim Murtaza, who have played exceptionally well and are the reason for Hong Kong’s success.

Leg Spinner Ghazanfar and left-arm spinner Murtaza could pose some problems for the Indian batting order. Considering the batting average against these two types of bowling, the average in 21.4 overs is not very significant. It is recorded to be 5.35 per over, and the data is taken from the last three matches in the UAE.

It is believed that Rishabh Pant’s not playing will not be advantageous for India. In such types of games, his skills are unmatched. However, Ravinder Jadeja has a strike rate of 148 against such types of bowling, even though the issue is not balanced.

KL Rahul and Virat Kohli’s return has raised many expectations for cricket enthusiasts. The batting order has been uplifted after all. This might seem very good on paper, but they need to emphasize their absolute focus on the game to provide the win India needs. A loss in a match is devastating to cricket enthusiasts.