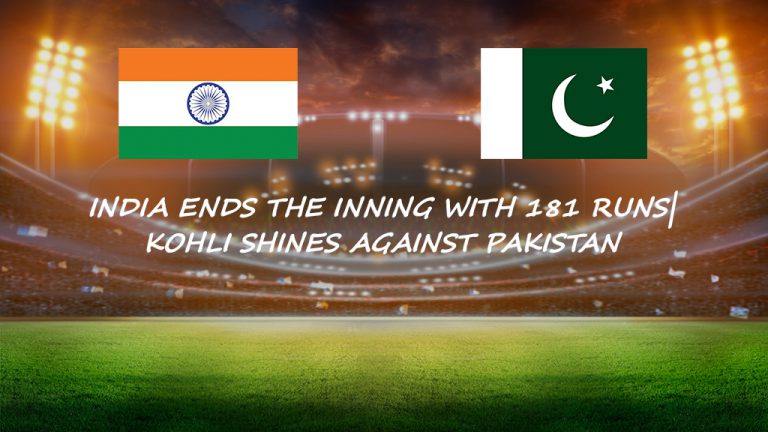 After the storming start, the first wicket fell at the first ball of the fifth over. Rohit Sharma was caught out by Khushdil, at the ball bowled by Haris Rauf. Rohit Sharma made an individual score of 28 runs which is not very much even in the T20 format of cricket. Considering the period and number of bowls involved this was a marvelous inning played by Rohit Sharma.

The fall of the first wicket somehow jinxed things for team India and KL Rahul and Surya Kumar Yadav were sent to the pavilion respectively. This was deteriorating for batsmen and cricket enthusiasts as 3 wickets fell off in the 9th over only and the team’s score was 91 runs. Further, Virat Kohli and Rishabh Pant maintained their positions on the Crich. Despite the attempts made by these batsmen the fourth wicket fell off at 126 runs. Rishabh Pant was caught out by Asif Ali from the ball bowled by Shadab Khan. With the arrival of Hardik Pandya the expectations were high; they turned to be vague as the fifth wicket fell off and Hardik Pandya was shown a way to the pavilion.

This was not a great moment and could have deaccelerated things and the run rate of team India could have fallen off.

These falls of wickets did not stop the skipper Virat Kohli with his mesmerizing efforts team India Managed to make a score of 181. The skipper made an individual score of 60in 44 balls.

Check out the cricket updates of India vs Pakistan Asia Cup Match only on CBTF Speed News.