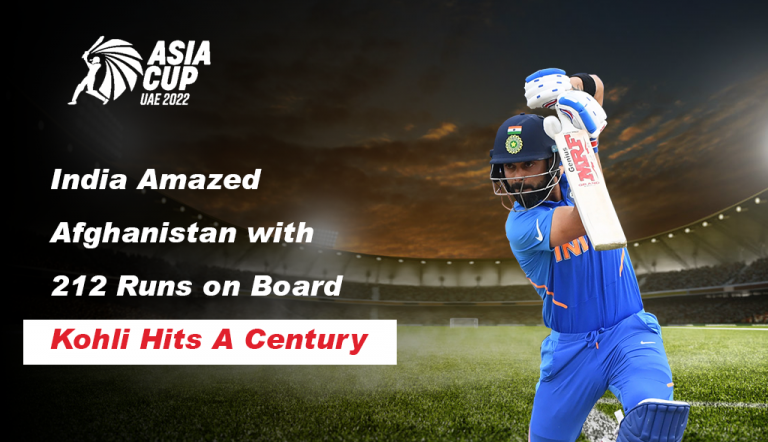 In the 2022 Asia Cup match against Afghanistan, Virat Kohli scored his first century after 1019 days. India set a target of 212 in 20 overs for Afghanistan. Virat Kohli, the standout batsman for Team India, broke the international century drought by scoring three figures against Afghanistan in the Asia Cup Super-4 game in Dubai. Since rejoining Team India for the regional event, Kohli has been on a remarkable run of form, scoring his hundred in just xx balls. Kohli has already hit two fifty-scores in the Asia Cup (59* vs Hong Kong and 60 versus Pakistan) prior to his century knock.

India scored a massive total, the first 200-plus score in the 2022 Asia Cup. The Afghan bowlers weren’t at their best today, but they were much better when playing teams like Pakistan and Sri Lanka. When you play on consecutive days, especially in such difficult conditions with so much travel in between, it is almost certain to occur. KL Rahul and Virat Kohli led India to a strong start and a brilliant 119-run stand without their regular skipper. Fareed Ahmad dismissed both Rahul and SKY in the 13th over, but Kohli persisted and eventually reached a stunning century. He was anticipating it, along with his followers and his team mates.