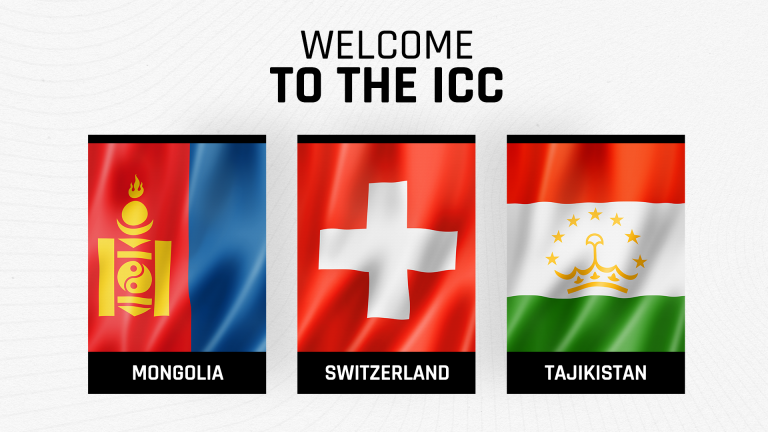 Three new countries have become Associate Members of the ICC. Uzbekistan, Cambodia, and Côte d’Ivoire became the game’s youngest Associates after being accepted and signing on during the ICC’s Annual General Meeting in Birmingham. New Members can participate in pathway tournaments for international ICC events and receive a portion of the ICC’s financing for cricket development and other advantages for the advancement of the sport.

Young Cambodians have taken to the sport with aplomb!

The Asian Cricket Council welcomed the Cricket Association of Cambodia (CAC) as a member in 2012, established in 2011. A group of expatriates and Cambodians returning from Australia, England, and other cricket-playing nations helped set up the sport in the nation. As far back as 2019, a men’s national team competed in unofficial internationals against a Malaysian Development team, with upcoming trips leading to triumph.

“In 2020, we went to Myanmar and played two 50-over games and three T20 games. All of our games were victories, and most recently, we competed in Singapore, “Manish Sharma, the CEO of CAC, said to ICC Digital.

Below the national team, the game has seen even more encouraging progress, with a surge in Cambodian youth participation. Several qualified local coaches support the junior cricket program, and 400 registered players participate in senior cricket activities across 14 registered clubs.

“In previous years, we were attempting to catch up with the ICC’s eligibility criteria,” Sharma added.

Cambodia’s membership is contingent on the board demonstrating that it has a viable women’s pathway in place by the end of the year.

Cricket in the Francophonic regions of Africa is not a new concept, but progress has been difficult due to limited cricket media coverage and language barriers.

Despite the difficulties, the Côte d’Ivoire Cricket Federation has made significant strides forward in the last seven years, joining Rwanda, Mali, and Cameroon as ICC Members from French-speaking backgrounds.

The country now has a strict grassroots program, national senior leagues, and training courses for players and coaches that date back to the 2015 Abidjan sessions. Players and coaches have traveled to other African countries to hone their skills, and the board maintains close ties with Nigeria.

Notably, they have taken several initiatives to promote women’s cricket, including appointing a female Board member to spearhead this effort.

Membership and the funding that comes with it come at a critical time in the game’s development in Côte d’Ivoire. Previously reliant on small grants from the national ministry of sport and donations from stronger African members, the additional funds should give the country some breathing room.

National team play is not high on Côte d’Ivoire’s priority list, although the country has several geographical neighbors with whom bilateral cooperation would be mutually beneficial.

One of the three new ICC members is ‘Uzbekistan’

The Cricket Federation of Uzbekistan was established in 2019, with President Aziz Mihliev drawing inspiration from his time studying in India.

“In 2019, I decided to start cricket in Uzbekistan with my business partners and approached the Ministry of Justice, which welcomed us and registered the Cricket Federation of Uzbekistan,” said Aziz Mihliev.

Over the last three years, 300 players have picked up the game in the country, but a select group of players has surged ahead in their development, forming a domestic rivalry.

Barlos and Afrosiyob are the two sides who frequently clash, with their encounters becoming a regular story in national news and being watched by the country’s National Olympic Committee. The Women’s Cricket Plan of the Cricket Federation of Uzbekistan includes 15 teams competing in organized competitions and a pathway program for their Under-19 and Under-17 players.