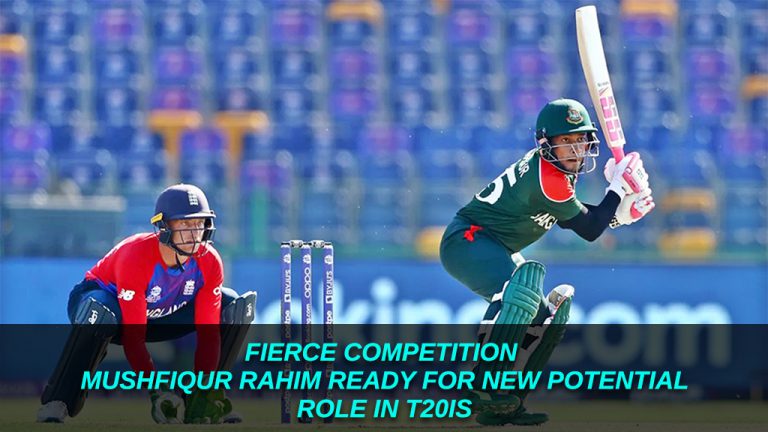 In today’s cricket Samachar, Bangladesh wicketkeeper-batsman, is ready to come with a new mindset to prepare for the upcoming Asia Cup, scheduled to start on August 27, 2022. He is considered the most successful captain of Bangladesh in Test cricket. According to Jamie Siddon, the former coach of Bangladesh, Rahim has a versatile batting style that he can bat anywhere at the top of the order. He is the highest individual scorer in Test cricket, the first and the last wicketkeeper-batsman in history to score two double hundreds.

Mushfiqur, who is making a comeback in the national T20 setup, last played T20I against Afghanistan in March this year. But it looked like he was not prepared and used different techniques that weren’t in his favor but now, he looks in form for his comeback to open the inning with Mushfiqur in the Asia cup. The final decision in this regard will be taken after the arrival of head coach Rusell Domingo.

In the latest cricket news – the cricket board claimed that all-rounders Shakib Al Hasan and Shaif Uddin are unavailable due to injury, while Mushfiqur Rahim is resting for the T20 international series.

In the country’s only sports institute, mentor Najmu came to watch his ward preparation for the Asia cup 2022.

‘Mushfiqur is an opener, I know him personally, and later, he comes in the middle order for his career. He is a middle-order batsman, and opening the innings is a big challenge for him; I am not sure how much he prepares for opening. But his experience will naturally help him, and in T20, if required, Mushfiqur can open’ – Najmu stated after the practice session.

‘I saw Mushfiqur for a long time, in many of the T20I matches, he tried to hit sixes, but earlier we have not seen that because, at that point, he used to bat for pace and was differently prepared but now there is a change in preparation. He is sure that now Mushfiqur has a better understanding of power-hitting and handling the new ball will not be a problem for him’ – he added.

I think he understands power-hitting a little better, and today I saw him play for me. It’s good shots. As soon as possible in the coming three-four days, if he practices appropriately, he will play at the top more smoothly and effectively.

Get the latest cricket updates at CBTF speed news to stay updated about the cricket world.