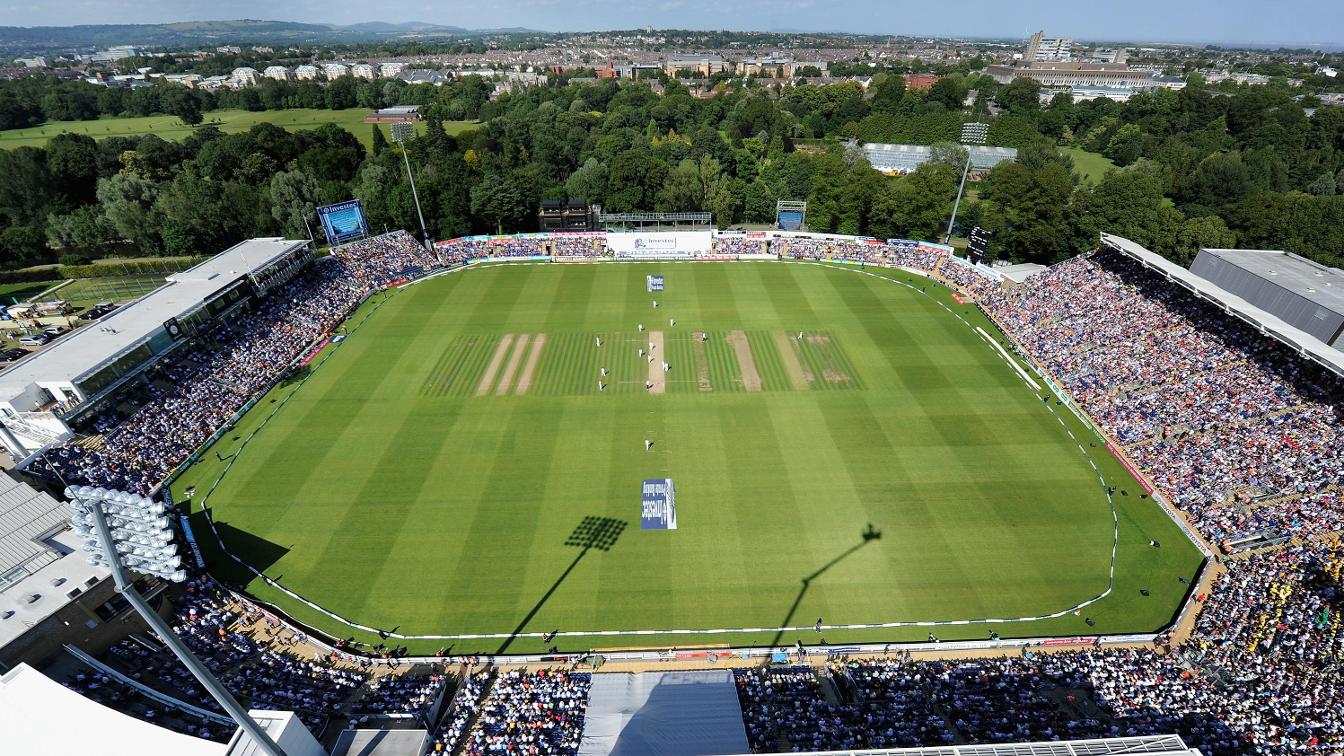 The Cardiff Wales Stadium, which is part of Sophia Gardens Cardiff is a cricket stadium in Cardiff, Wales. It is located in Sophia Gardens on the River Taff. It is home to Glamorgan County Cricket Club and is listed as an international Test cricket venue. The venue is home to Glamorgan County Cricket Club which has played its home matches there since 24 May 1967,, Sophia Gardens has been an international cricket venue since 20 May 1999, when it played host to the 1999 Cricket World Cup match between Australia and New Zealand. From 2001 to 2012, the ground was a regular venue for One Day Internationals, hosting nine matches in 12 years, but it was not until 2006 that it hosted its first England match, the first match of the series against Pakistan on 30 August 2006. In 2012, the ground was named as one of three venues for the 2013 ICC Champions Trophy, along with The Oval and Edgbaston; it hosted five matches, including the opener between India and South Africa on 6 June 2013, and the semi-final between India and Sri Lanka on 20 June.

cardiff ground is best grounds of playing cricket. It is historically good for batting. Its pace also interested fast bowlers to deliver inswings. The pitch is flat and making it ideal for batsmen and spin bowlers. Because the wicket is flat, the conditions are ideal for batting.

The pitch is a heaven for batsmen in the first innings so that they usually decide to bat first for a victory score at CARDIFF. The bowlers must be patient and consistent.The dry pitch and flat wicket help the spin bowlers achieve success at the third and fourth innings of their bowling. Only 1 test match played here which was won by batting first team.

Here are last 1 tests matches average scores of both Innings at CARDIFF ground:

Traditionally a venue that has hosted several rain-marred games, thankfully. Hosts England has enjoyed a fairly successful record at this ground, winning 8 out of the 12 completed ODIs that could produce results. Surprisingly, Pakistan has also fared reasonably well at this venue. Of the 5 ODIs they played at Cardiff, they managed to emerge victorious in 3 of them. One of those wins came in an important Champions Trophy semi-final match against England in 2017.

Historically, the ground has been more suited for chasing totals in the second innings; with teams batting second winning twice the number of matches than teams that batted first. Here’s a comprehensive run-down of all the relevant stats about the Sophia

Here are last 5 ODI matches average scores of both Innings at CARDIFF  ground:

Here in T20I matches, Toss has  played an important role normally. As the ground has a smooth pitch, we can expect the T20I teams will favor for bowling first, mostly because of the dew factor. Since the T20I matches are matches of day and night, the bowlers find it difficult to control the ball at the second inning with their twisting on the pitch and this is a great positive factor in terms of power hitters.That is why it is good to bowl first for teams winning the toss.if any team won the toss in Cardiff than they decided to bowl first. Out of 8 matches in last 10 years 6 matches won by bowl first team.

Here are last 5 T20I matches average scores of both Innings at CARDIFF  ground:

The average first innings score at this venue in this season has been 150, which depicts the stronghold of batters. Here, the pacers are likely to help from the surface with the new ball. 2 out of the 3 games have been won by the team chasing down the score at Cardiff.

Here are last 5 BLAST matches average scores of both Innings at CARDIFF ground: