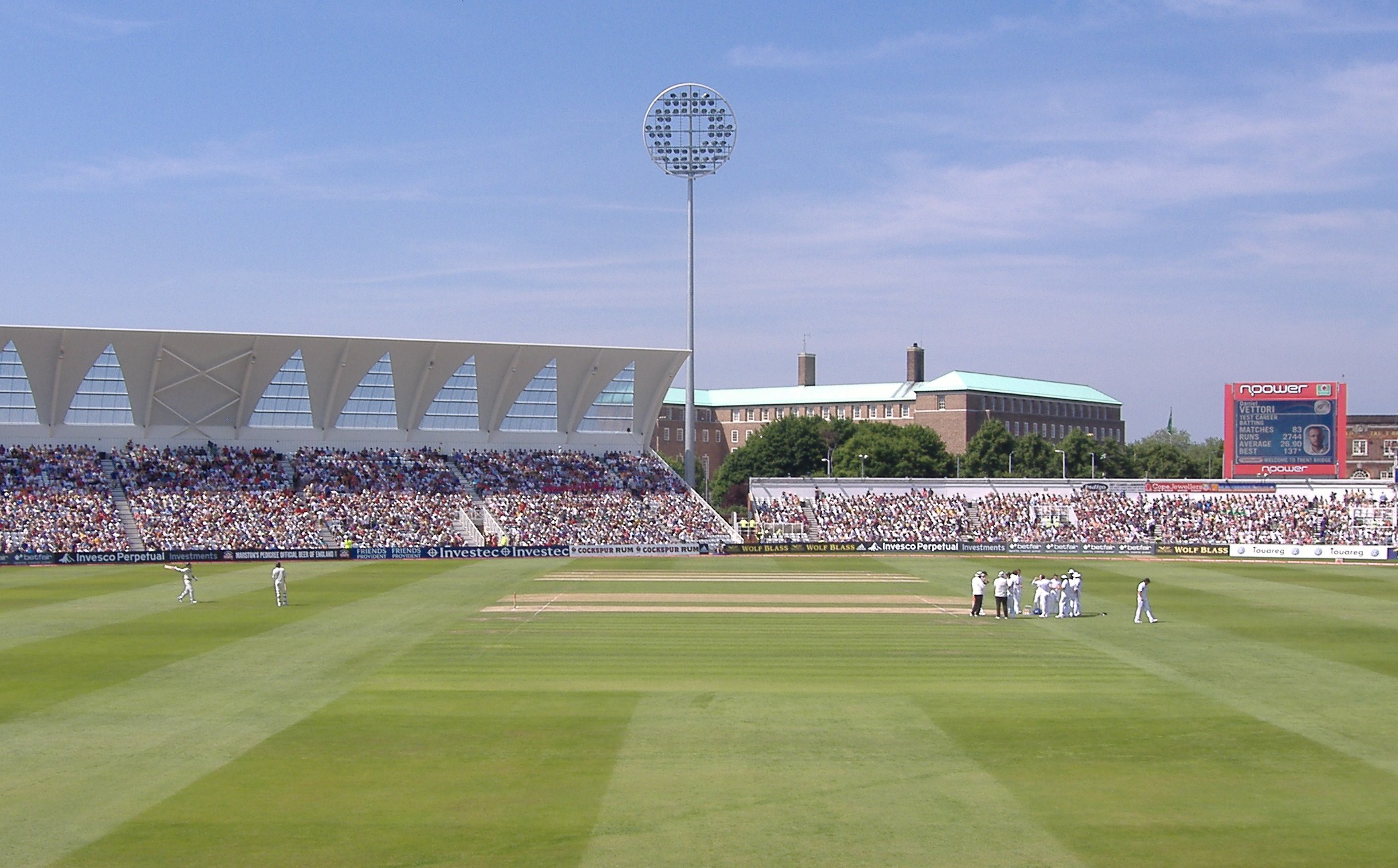 Trent Bridge Cricket Ground is a cricket ground mostly used for Test, One-Day International and county cricket located in West Bridgford, Nottinghamshire, England, just across the River Trent from the city of Nottingham. Trent Bridge is also the headquarters of Nottinghamshire County Cricket Club. As well as international cricket and Nottinghamshire's home games, the ground has hosted the Finals Day of the Twenty20 Cup twice and will host the final of the One-Day Cup between 2020 and 2024.

In 2009, the ground was used for the ICC World Twenty20 and hosted the semi-final between South Africa and Pakistan. The site takes its name from the nearby main bridge over the Trent and it is also close to Meadow Lane and the City Ground, the football stadiums of Notts County and Nottingham Forest.

Trent Bridge ground is one of best grounds of playing cricket. It is historically good for batting, but later spin bowling will start to reign. Its pace also interested fast bowlers to deliver inswings and outswings and the records speak the same thing here.The pitch is flat and greenish-brown, making it ideal for batsmen and spin bowlers. Because the wicket is flat, the conditions are ideal for batting

The pitch is a heaven for batsmen in the first innings so that they usually decide to bat first for a victory score at Trent Bridge. The bowlers must be patient and consistent as the footmarks of the previous day bowlers make things better by the 3rd and 4th innings.In those innings, the batsmen start suffering against spinning bowlers, which is why the average score drops steeply. If there have been no county matches on the ground for several months, the pitch surface might grow a little grass that helps pacers a lot.From the average scores from the four Innings in the last 5 Trent Bridge matches in Nottinghamshire, it is possible to conclude that the first innings have very high average and the average score decreases with each innings.The third innings has a lower average score because they declare the third innings earlier when the team scored well in the first inningss. The first innings score is readily apparent, as it becomes difficult to beat later. The dry pitch and flat wicket help the spin bowlers achieve success at the third and fourth innings of their bowling.

Because it is a batting pitch, the teams in ODI usually favor batting first on Trent  Bridge ground.The pitch condition for One Day International matches is similar to the test matches scenario. In the last five games, the average scoring in the first games is much higher and all 5 matches were won by batting teams first.In the last five matches played here, 4 matches were won by teams batting first It is easy to score high in the first innings.

Here in T20I matches, Toss has not played an important role normally. As the ground has a smooth pitch, we can expect the T20I teams will favor for batting first, mostly because of the dew factor. Since the T20I matches are matches of day and night, the bowlers find it difficult to control the ball at the second inning with their twisting on the pitch and this is a great positive factor in terms of power hitters.That is why it is good to bowl first for teams winning the toss.The average score in the first innings is only slightly higher than the average score in the second innings, based on the average scores of the last 5 T20I matches.

Toss is not so important but according to the last five BLAST matches winning records we saw that team chasing the score wins the 3 matches and 2match was won by the first batting team. You can enjoy High Scoring Matches in BLAST.