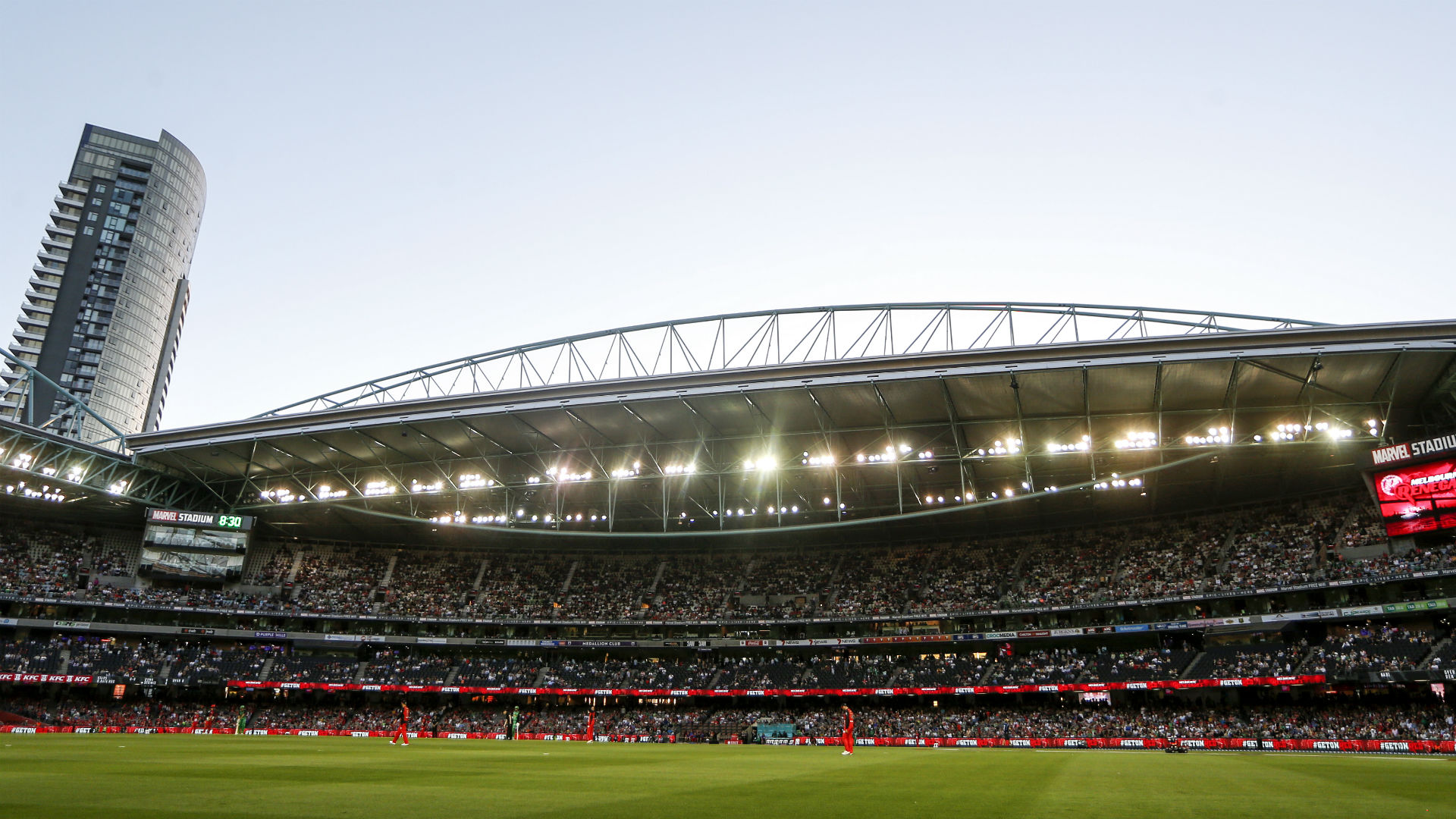 Docklands Stadium, also currently known by naming rights sponsorship as Marvel Stadium, is a multi-purpose sports and entertainment stadium in the Docklands area of Melbourne, Victoria, Australia. Construction started in October 1997 and was completed in 2000 at a cost of A$460 million. The stadium features a retractable roof and the ground level seating can be converted from oval to rectangular configuration.

A drop-in pitch is used to facilitate cricket at the venue. At the end of the 2016/17 Big Bash, the stadium was rated the most entertaining venue for T20 cricket in Australia.

The venue's major summer tenant is Big Bash League side Melbourne Renegades, which has played its home games at the Docklands Stadium since the league's inception in 2011/12. It is a flat track and batsmen will enjoy batting on this wicket.