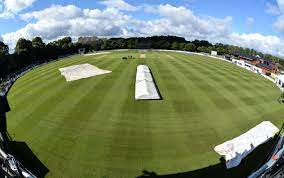 The pitch at the Civil Service Cricket Club, Stormont, Belfast is a balanced pitch. The average 1st innings score at this venue in the last 7 matches is 203 runs. The team batting first at this venue has won 43% of its matches. So the toss does not make much of a difference here.

The pacers have earned 67% of the total bowling fantasy points at this venue. Hence picking up pacers for your fantasy team should be a good idea.

In ODI, teams usually favor batting on belfast ground, Of the 8 matches played here, 5 teams went first and 2 won second, while 1 matches had no result. Though in last five matches, team batting first won 3 times. The second innings gets slow with time and does not allow the ball to get to the bat, making it harder for batsmen to achieve the score. So it seems that batting first in belfast is better, but depending on weather conditions team captain and management should choose whether to bat or bowl first.

Here are last 5 ODI matches average scores of both Innings at BELFAST ground:

Considering the T20 records of the ground in last 10 years, out of a total of 12 matches played here in Belfast, 7 matches have been won by teams batting first. The teams batting second here won only 4 and 1 match was abandoned due to natural calamities. In general, some seam movement is seen here in the initial stages of the match. Hence, there is surely some help for the fast bowlers.

Here are last 5 T20I matches average scores of both Innings at BELFAST ground: